What to visit in and around Cassino 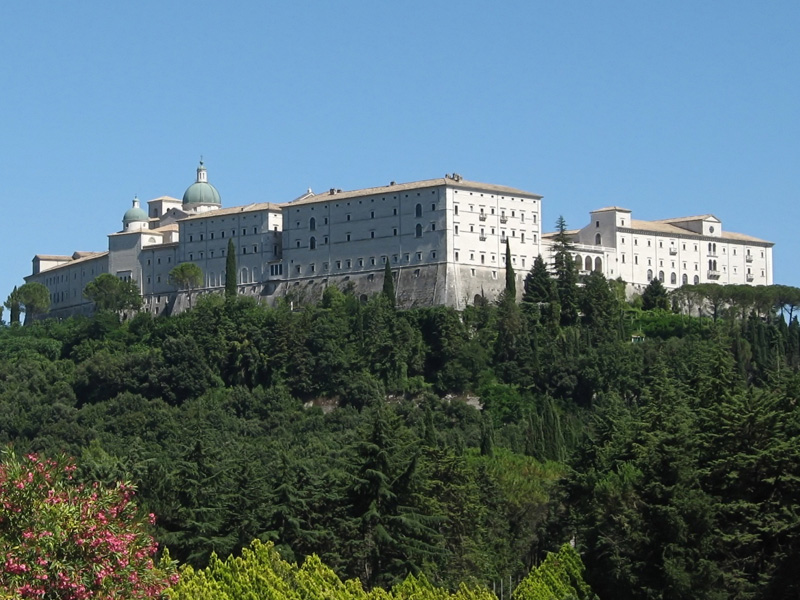 Archabbey of Montecassino is a Benedictine monastery located on the summit of Monte Cassino, Italy. Since December 2014, the site is managed by the State Museums of Lazio.
Founded in 529 by St. Benedict of Norcia on an ancient tower and a temple dedicated to Apollo, situated 519 meters above sea level, has suffered throughout its history un’alterna story of destruction, looting, earthquakes and reconstructions.
In 577, during the invasion of the Lombards, the monastery was destroyed for the first time and the community of monks, with the remains of the holy founder, he had to take shelter in Rome. Then, the 643 monks were accommodated by the community of San Colombano in Bobbio, and later in the various monasteries and abbeys colombaniane in Italy and Europe, spreading enormously Benedictine communities. Rebuilt around 717 under the impetus of Petronace Montecassino Abbey was destroyed a second time by the Saracens in 883, and was rebuilt by Pope Agapito II only in 949.

The Polish Cemetery at Monte Cassino holds the graves of over a thousand Poles who died, storming the bombed-out Benedictine abbey atop the mountain in May 1944, during the Battle of Monte Cassino.
The religious affiliations of the deceased are indicated by three types of headstone: the Roman Catholic and Eastern Orthodox headstones feature different forms of the Christian cross, and the Jewish headstones bear the Star of David. The cemetery also holds the grave of General Władysław Anders, who had commanded the Polish forces that captured Monte Cassino. Anders died in London in 1970.
The building project was designed by the architectural studio of Peter Rogacien, son of a former fighter of Monte Cassino, and one of the builders of the cemetery. The exhibition was curated by Prof. Krystyna Jaworska, whose parents were soldiers of the 2nd Corps and by Dr. Paolo Morawski. 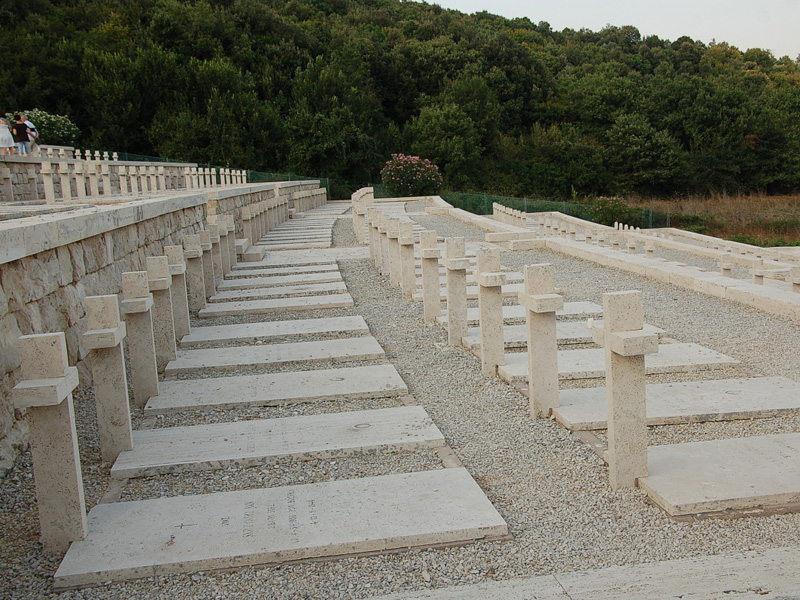 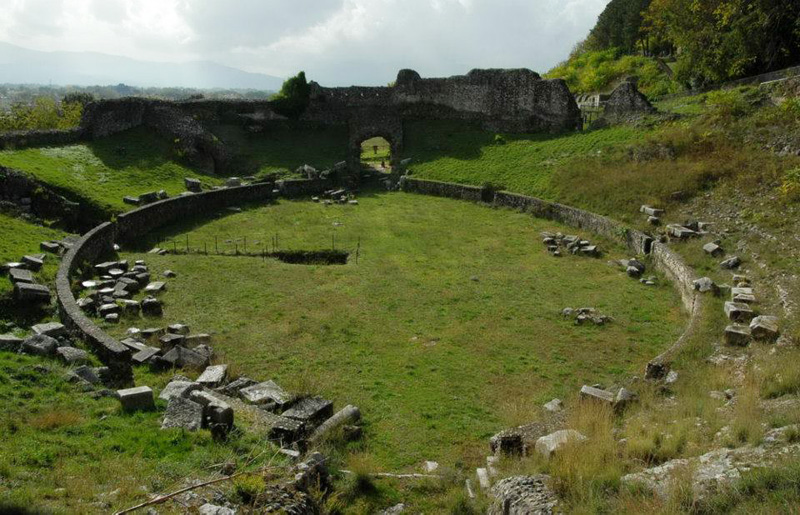 The Roman amphitheater was built by the matron Ummidia Quadratilla in the first century. C. The structure is elliptical in shape with the diameter of the largest side of about 85 meters and the smaller side which reaches a size of 69 meters.
Most likely at the top of the amphitheater there were slits whose purpose was to accommodate a series of strips that were holding up the curtain. It could accommodate about 4500 spectators, arranged in 12 tiers.
The neighborhood is now located at the foot of the amphitheater, because of the presence of the latter, is called “Colosseum“.

The Roman Theatre is the Augustan Age (27 BC-14 sC); It has the typical pattern of greek-Roman, semi-circular and the slope of the mountain which is exploited for the support of twenty steps. They are divided into a Summa cavea that includes seven and an Imma cavea thirteen steps. The access was guaranteed by a series of arcades which led directly to the last step of the structure. Completely forgotten in the Middle Ages, it was brought to light only in 1936 and was the subject of restoration around the fifties and again in 2001. It has a capacity of about 3000 seats and is still used in the summer for numerous events and cultural activities, which shows, concerts, open-air cinema. The theater is located at the intersection of Cross Street and Via Monte Cassino. 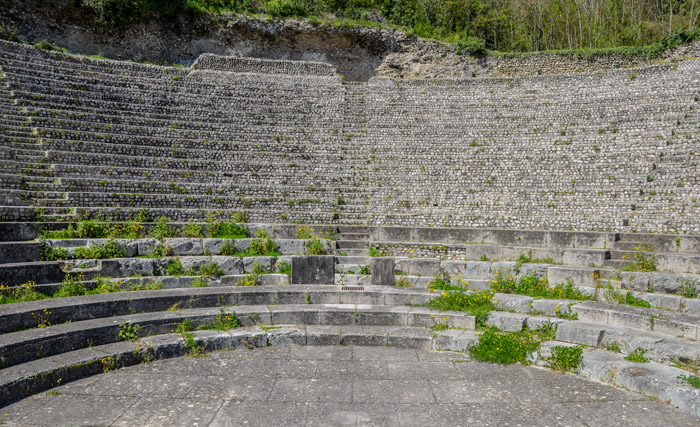 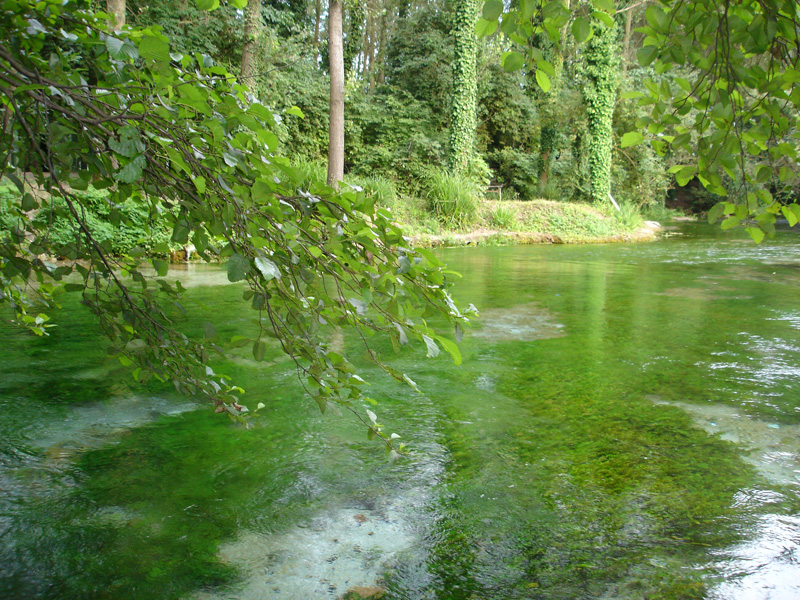 The Varronian thermal baths are a natural-thermal park born after the war near the villa of Varro, Latin scholar writer, near the town of Cassino. In the area of ​​the territory of Cassino called Monticello, at the train station, as well as the waters of the river confluirvi Quick, gush thousands of sources that generate one of the branches of the river Gari. The springs area of Varronian thermal baths is ranked as the largest in Italy. These waters flow from the thermal park of the Varronian thermal baths, rich in vegetation where stand the weeping willows with drooping branches on streams. The landscape is particularly beautiful in spring and autumn. The park is not far from the area where the old building should be identified as a Latin sumptuous villa that once belonged to Varro, which he mentioned in his writings. Cicero says that the villa would host the game of love unruly Marco Antonio. The park is now home to an hydropinic establishment, conference-banquet hall, the concert area and the international campsite, equipped with picnic area and sports activities. The streams are rich in wildlife such as trout, carp, eels and lampreys.

The National Park of Abruzzo, Lazio and Molise is the oldest park in Italy known internationally for his role in the conservation of some of the most important Italian animal species such as the italian wolf, Abruzzo chamois and Marsican brown bearwolf, as well as the first and a number of initiatives for the modernization and the spread localized environmentalism. It is covered by forests of beech for about two-thirds of its surface. It spreads mainly in mountainous and shepherd territory, where it is not practicable the cultivation of grapes and olives, overlapping into the floor of the crops in the Giovenco’s valleys and in Comino’s valley.

Large mammals were the main cause of the reserve. Besides the aforementioned Marsican brown bearwolf (symbol of the park), the Apennine wolf (predator is the most important of the park and in the Apennines) and the Abruzzo chamois whe found lynx, deer and roe deer. Fleeting encounter with the wild cat, marten, weasel, badger and skunk species spread all over the national territory. 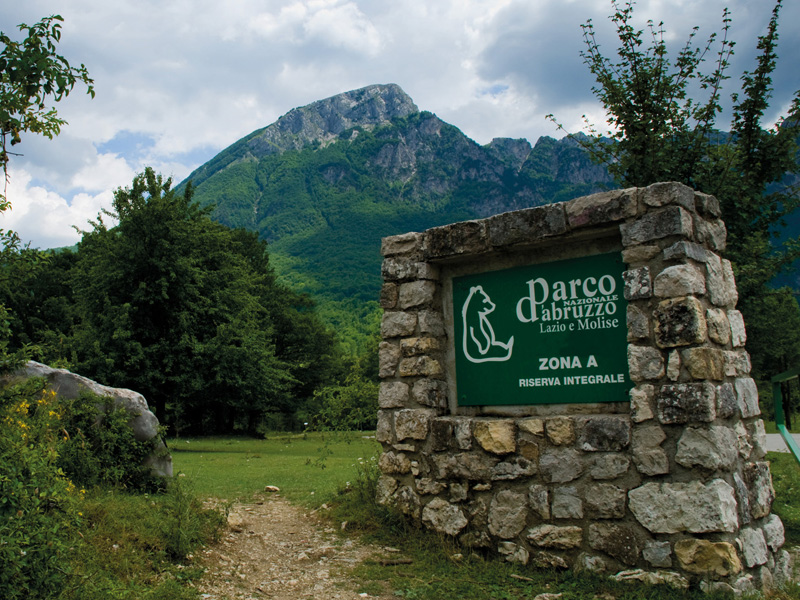 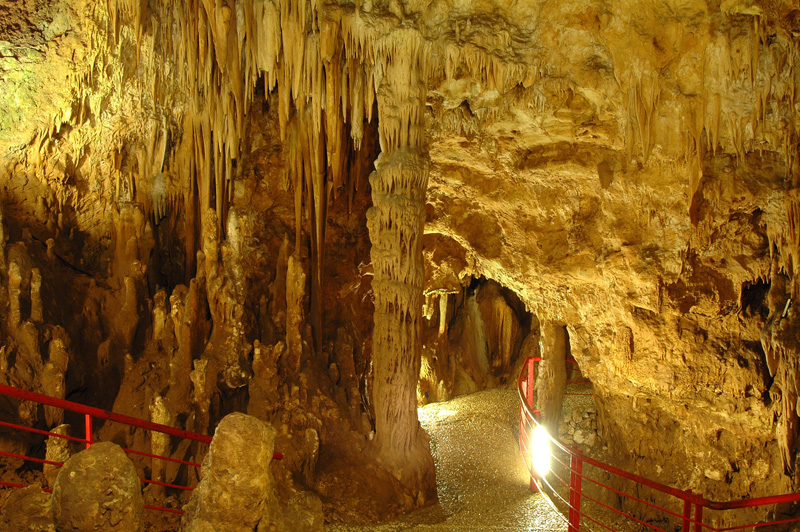 The Pastena Caves are a complex of caves, located in the municipality of Pastena, in the province of Frosinone in central Italy. Discovered in 1926 by Baron Carlo Franchetti and become tourist already the following year, are managed by the “Consorzio Caves Pastena and Collepardo“. The cavities are divided into two branches: one “active” lower and “fossil” superior. The latter is defined as the process of fossil dripping (which creates stalagmites and stalactites) no longer going to be several tens of thousands of years. The site of the cavity is located on the road that leads to Pastena in Castro dei Volsci, 4.5 km from the first and 9 from the second. Among the closest villages are the fraction of Pastena Casanova–Cavatelle and that castrese Collevento.
The Pastena Caves have also returned numerous archaeological finds relating to burials and offerings of ritual dating back to prehistoric times (Neolithic and Bronze Age).

Gaeta (LT) is located on a promontory on the gulf on the Tyrrhenian Sea and is about 80 km from Naples and 120 km from Rome. For lovers of boating you can dock your boat and visit Pontine Islands in front of Gaeta (Ponza, Ventotene) or rent a boat and go around the cape sailing along the coast to Sperlonga and San Felice Circeo. Among the beaches we remember the Serapo located on the isthmus in the urban center, unique by the width of the sandy, the finesse and the whiteness of the sand. A gastronomic level the freshness of the catch of the day offering fine food: the fish is seen directly in the boxes that the fishermen themselves at sunset on the fish stalls arranged in parallel to the waterfront. Do not miss the Tiella, a typical rustic pizza made up bread dough inside which is placed a diversified condiment: octopus, black olives, anchovies, escarole, salt cod, garlic, extra virgin olive oil and chili.
The large number of churches, the cathedral, and numerous religious buildings make it attractive to those who like to retrace paths etched in religious architecture and frescoes preserved in the many local structures. 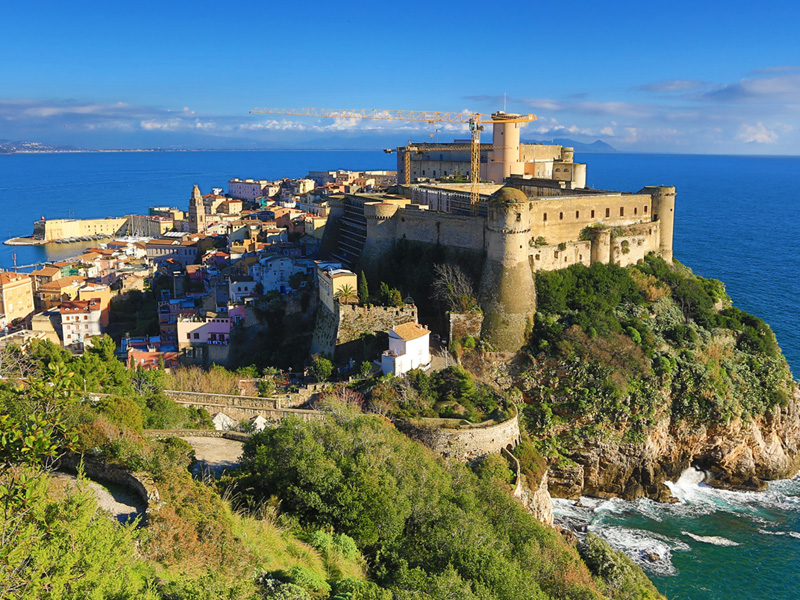